If we could only catch up with the wave of information… we would at last be in the now… to digest and comprehend [its] totality would amount to having reality on tap, as if from a fantastic media control room capable of monitoring everything, everywhere, all at the same time.  – Douglas Rushkoff

An implosion of meaning. That is where simulation begins. – Jean Baudrillard 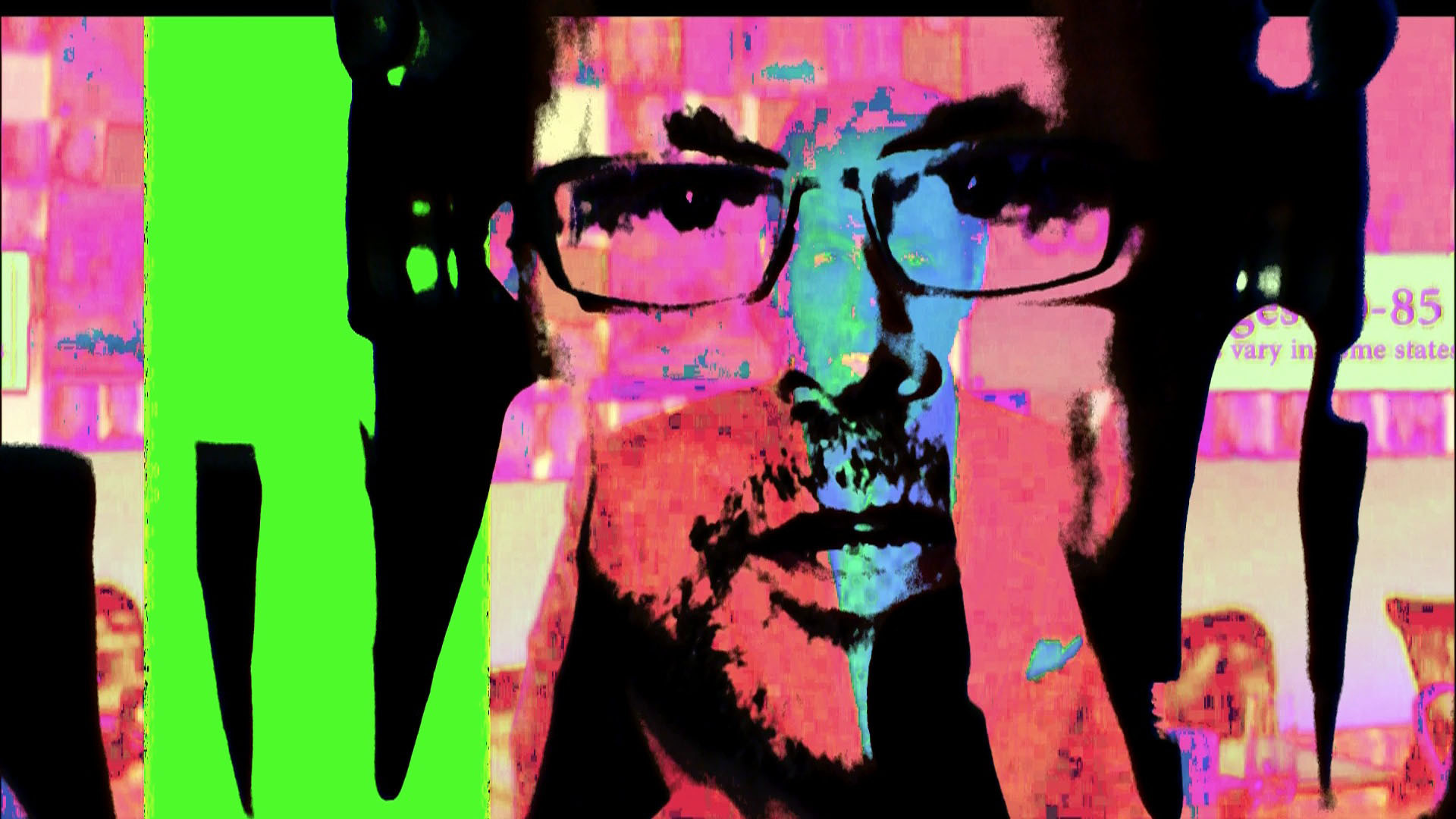 Our daily media diet consists of a smorgasbord of undifferentiated news, entertainment, social media, and the latest viral happenings, all funneled to our screens in shockingly fragmented doses. With the rapid-fire ingestion of digital media, we are clearly losing the distinction between that which is real and that which is not. Today, we occupy a third state I refer to as the “post reality,” which lies between the real and the imaginary, between the physical and the virtual, or as Baudrillard pointed out, simulation that “threatens the difference between the true and the false.” In the post reality, it might just be that the consumption of media is so seductive, pervasive, and addictive that we can no longer locate the truth.

As the host of The Post Reality Show, produced, directed and broadcast live from my underground studio bunker in Washington, DC, I embed myself in this spectacle of digital culture to perform a critique of its intoxication, disinformation, and disorientation. By activating the empowering medium of independent Internet broadcasting, the show subverts the preconception that mainstream media has a stranglehold on the narrative of public opinion. Through online writing, live spoken word, viewer Skype-in, interviews, remix, social media, parody, and collage, The Post Reality Show challenges and subverts the 24/7 information torrent, chronicling the effects of corporate controlled media in their propaganda and manipulation of cultural, political, and social events.

The underground studio bunker provides the mis-en-scene for the show’s creation, artistic renderings, and performance actions: channeling, remixing, annotating and redistributing the hypnotic repetitions, dense layerings, and sheer velocity of kaleidoscopic images, sounds and manipulations that are fired to our computers and mobile devices each and every day. I am, in essence, a VJ of the Internet talk show.

Within the sensory storm that makes up the digital intake, I inhabit this volatile space to sculpt my own personal meta-story in the first person as a surrogate laboratory specimen. It is not my intent to dwell on impassive theoretical exercises, nor even objective analysis, but rather as an artist immersed in the flow, broadcasting directly and authentically from the dark, bunkered intimacy of my multimedia studio. It is from this vantage point of immersion that I play host: an experiment chronicling the effects of our daily exposure to the assault of information, a performance of critique through ingestion.

In front of an array of cameras, microphones, and computer interfaces, I plumb the medial experience in its most extreme form as a deep sea diver might examine obscure lifeforms in the depths of the sea, or perhaps like the scientists and psychic explorers who ingested the first artificial hallucinogens to unlock the mechanisms of altered perception. Furthermore, as a cyber-anthropological study of the effects of media, I excavate the absurdities and hidden dangers of contemporary culture: an analysis and unraveling of the artifacts and viral entities that emerge as infectious situational comedies spiraling through the global networks. 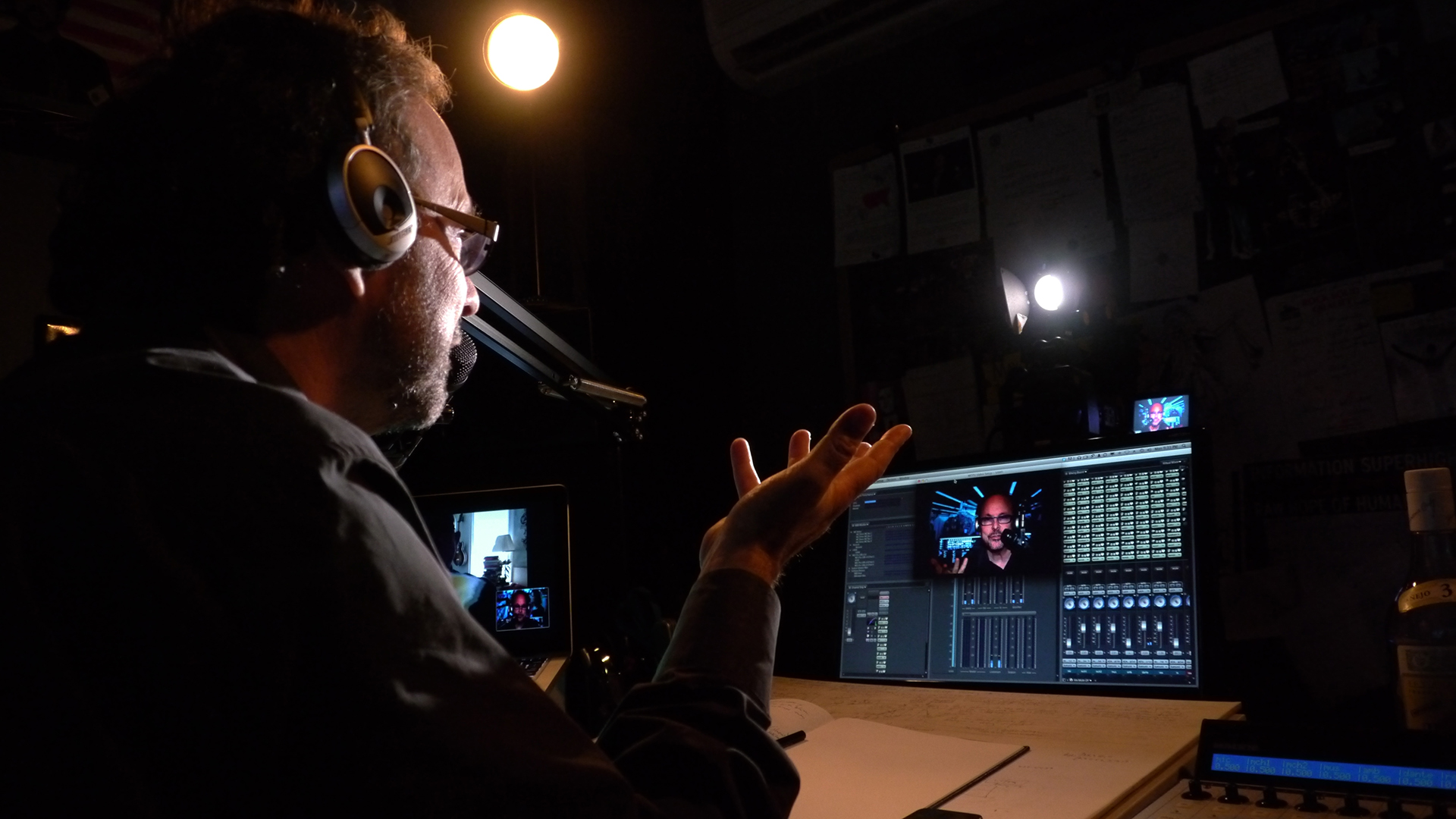 The studio system is controlled through multiple software applications that enable real-time control of musical composition, audio-visual mixing, and digital effects into a fully integrated live performance. The interactive control of media sources is designed for both real-time recording and broadcasting. The show’s format emphasizes the centrality of the live manipulation of media: each performance, whether rendered as video or streamed via the Internet is an entirely unedited experience with minimal or no post-production. 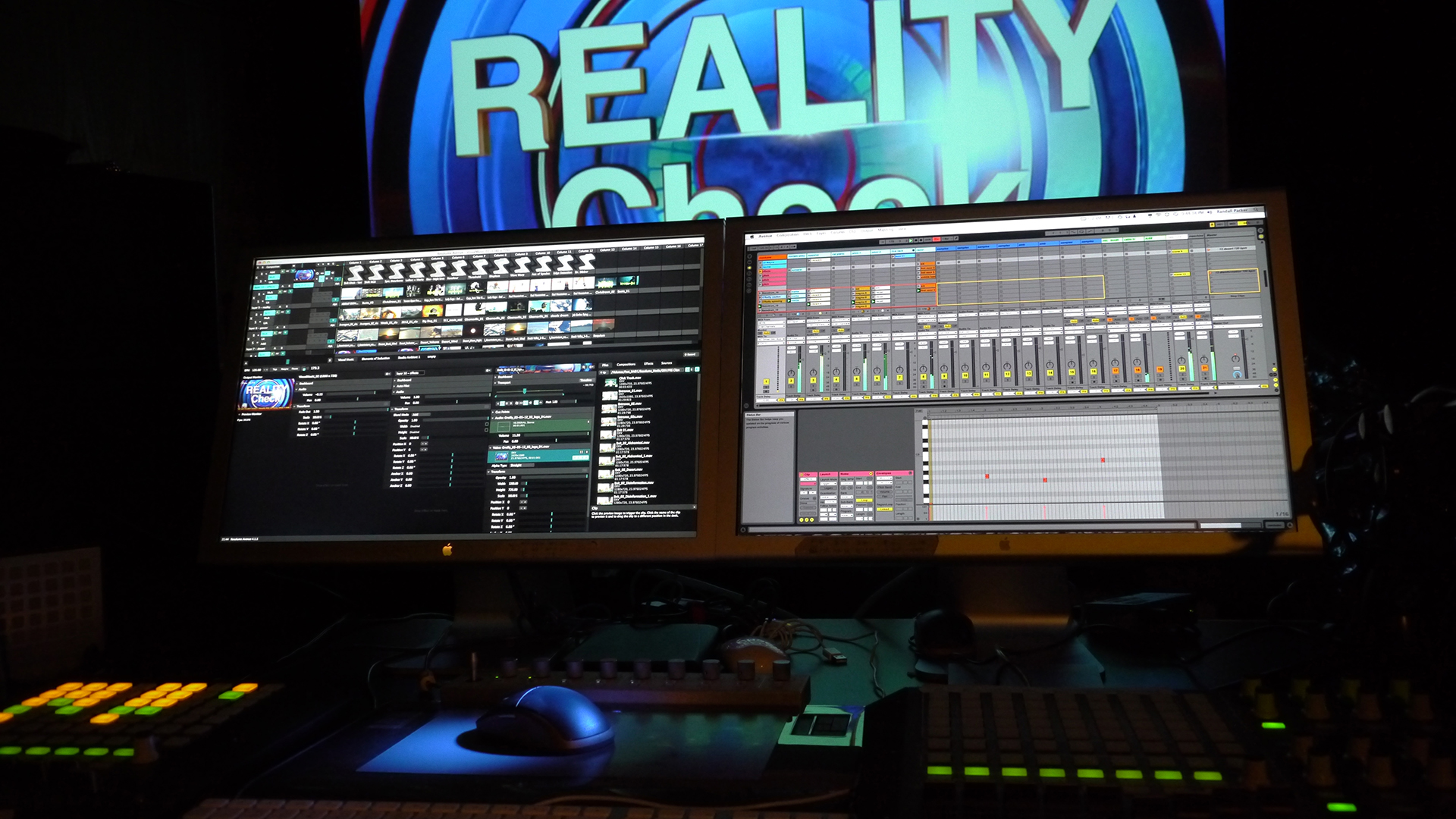 The Post Reality Show deconstructs the traditional formats of television broadcasting, cable news, radio talk show, and political satire. It disrupts and rearranges this programming through the free-form collage of live electronic music, video manipulation, and remix of online found digital objects. The Post Reality Show is intended to deconstruct and dissect the very medium it embraces. The show is a total immersion in the sheer density of the media flow: with the artist at work in the studio taking center stage: a composer of media, media-traffic controller, and talk show host narrating the “ever-present-present of now,” amplifying and exposing the current state of the post reality. 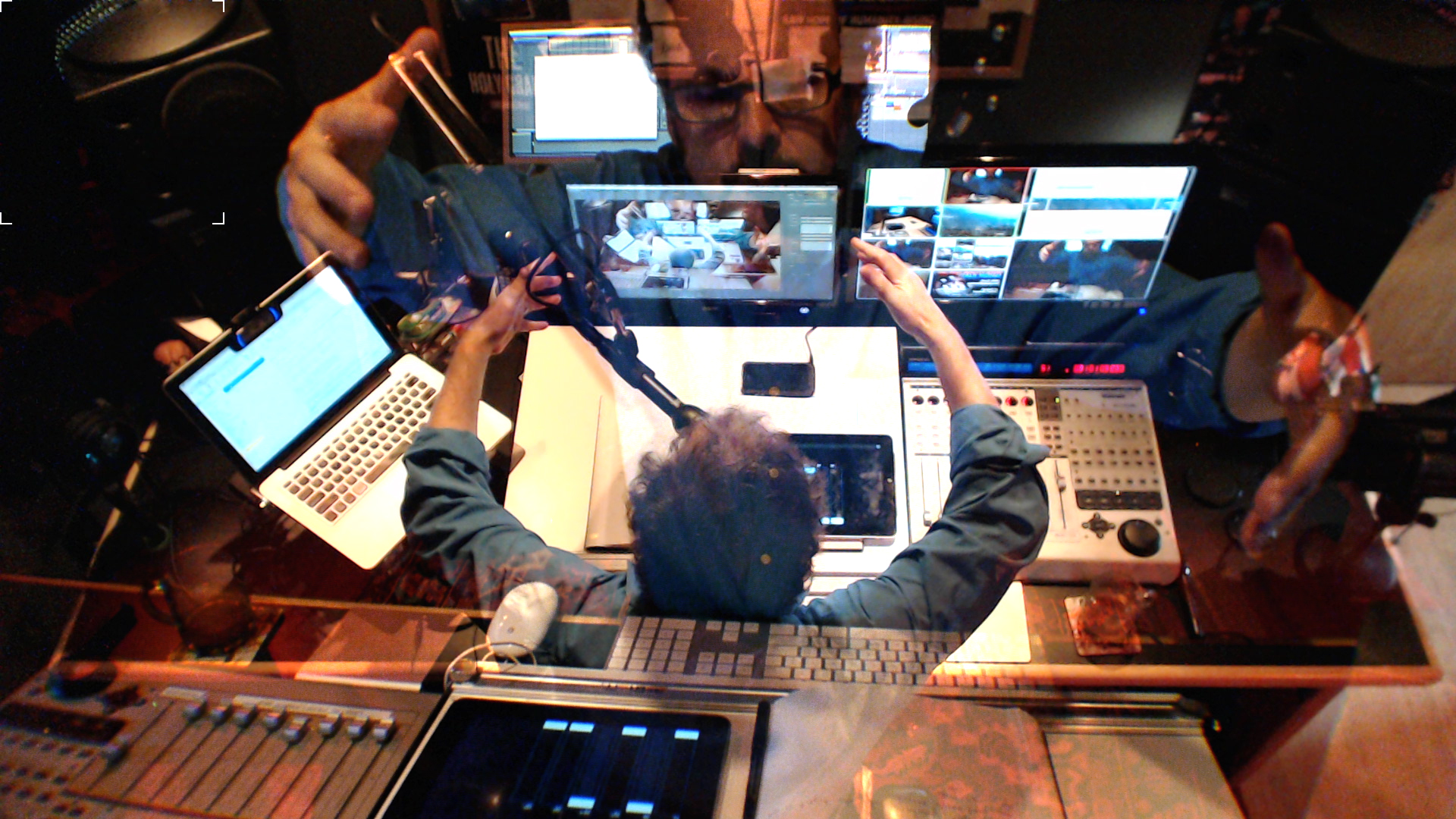