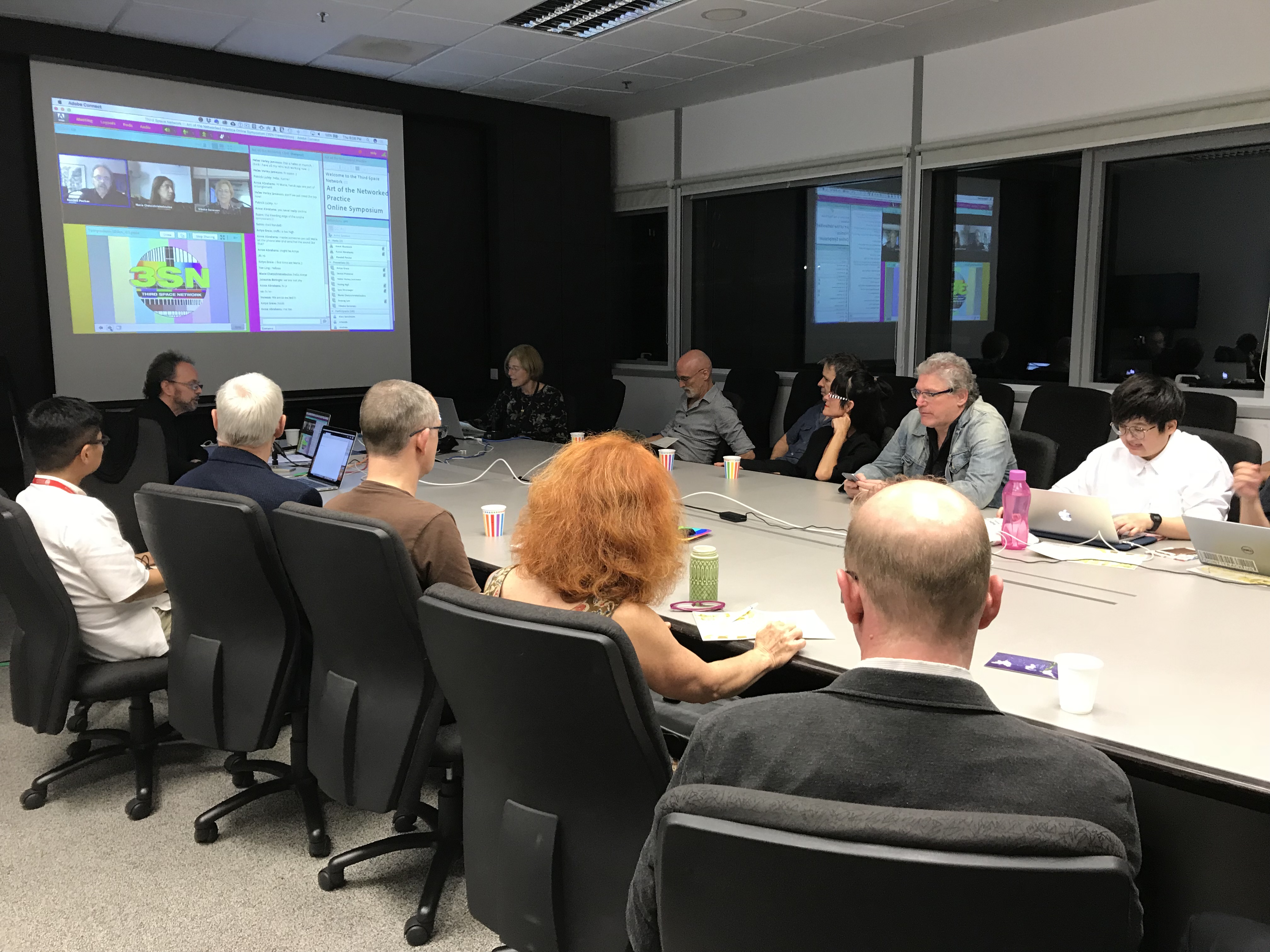 Being & Connectedness in Telematic Space

Since the 1990s, the Web has sparked live, Internet performance genres including: “desktop theater,” “webcam art,” and “cybernetic performance.” Day 1 of the symposium brings together pioneering Internet artist Annie Abrahams and collaborators performing a new work that explores the various manifestations and contradictions of social interplay, isolation, togetherness, interaction, and alienation in a hyper-connected world. Keynote speaker Maria Chatzichristodoulou will frame the challenges, aspirations of artists exploring, connecting and creating live spaces for telematic art, which as she states, “after the last two decades has witnessed a proliferation of performance practices that unfold not in physical spaces online, but in purpose-built platforms or appropriated virtual environments and worlds.” 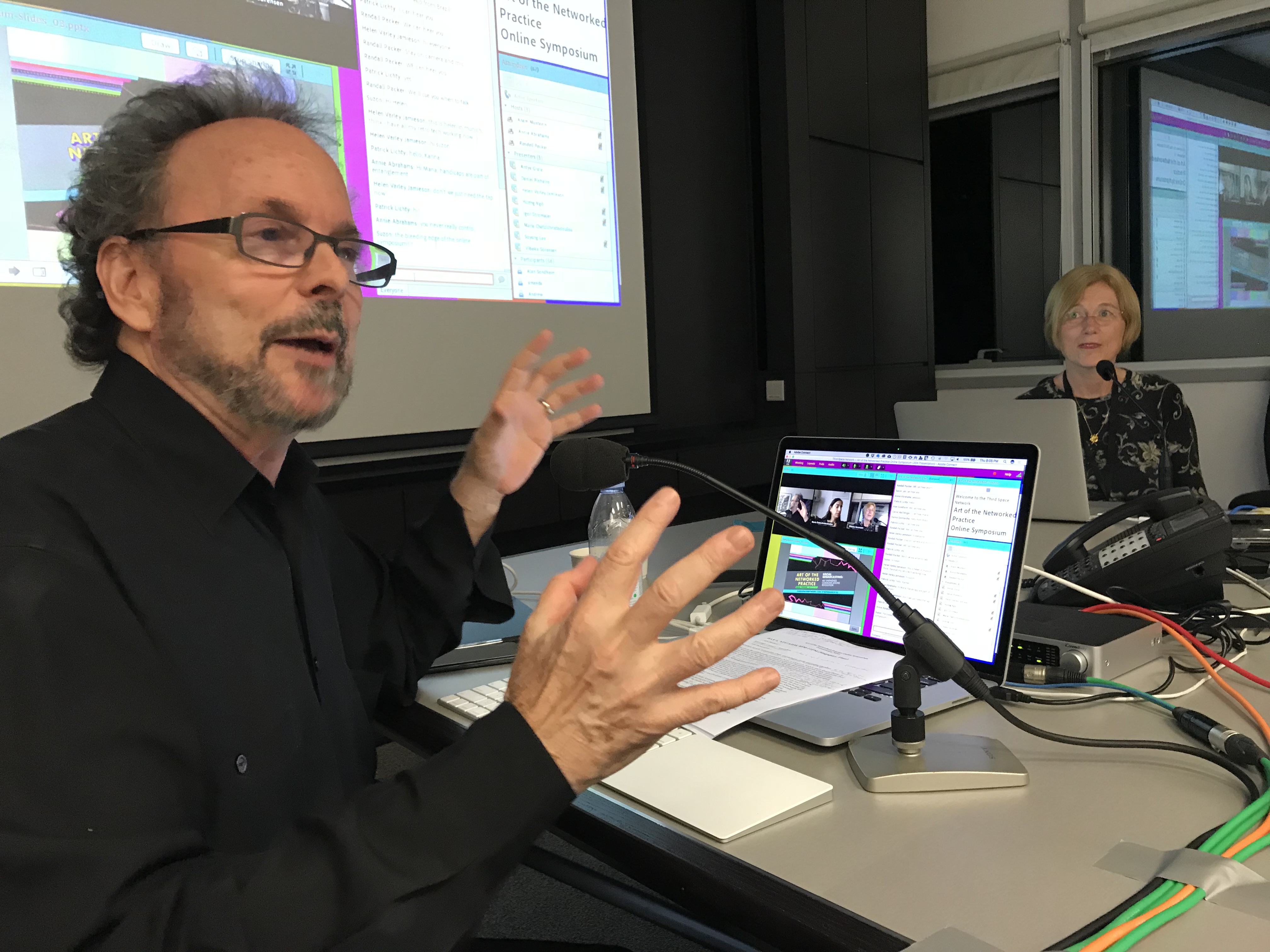 This keynote discusses the work of some of the most well-respected pioneers with a long history of work in the field of telematics. As the use of telematics in art and performance is consistently linked to visions of Marshall McLuhan’s concept of the “global village, where everybody has access to content and entertainment, the keynote will question the outcomes of live art experiments, asking: to what extent have these practices fulfilled their aspiration to connect artists and audiences across geographical boundaries? Have they challenged restrictions placed upon the free circulation of people and ideas, and how have they done so? Have they been able to articulate and dispute geopolitical injustices by advocating for an equitable international platform for collaboration and exchange, where artist and people of ‘first’ and ‘second’ nations cease to exist in hierarchies defined by wealth and poverty?

In this new work by Annie Abrahams and collaborators, they investigate how to be together in a connected world, where machines and humans have to communicate accepting partial overviews, glitches, time-lags, disrupting audience participation and ensuing disorientations. Abrahams considers the intra-active webcam performance situation a good apparatus to train and demonstrate entanglement. They will defy their own and the others’ ideas on performance and online politics in a conversational performance. In order to avoid chit-chat and to get rid of the distracting images of the faces she proposes to converse using objects, prepared phrases and voices. During the performance they create together a changing composition with the objects and improvise a sound environment with their voices and phrases. Because they share the responsibility for the performances’ acoustic and visual appearance it will be interesting to see how they negotiate their individuality and personal thoughts in this environment where they all have equal power. Contradictions, maybe even oppositions, as well as poetry can emerge in this collectively created complexity, where machines facilitate but also prevent. The performers research the limits and possibilities of their own agency in an attempt to be “with” while being separated. 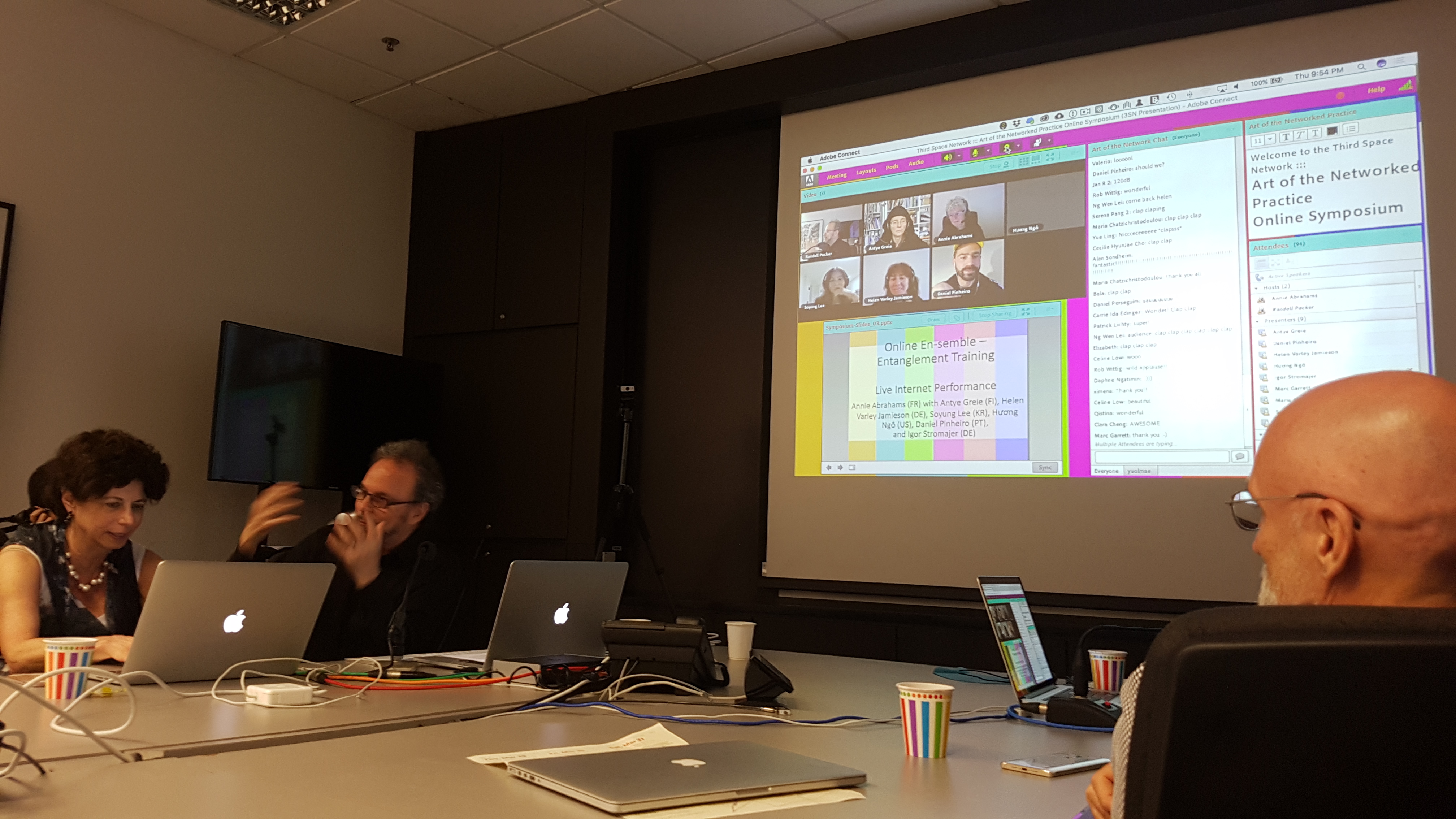 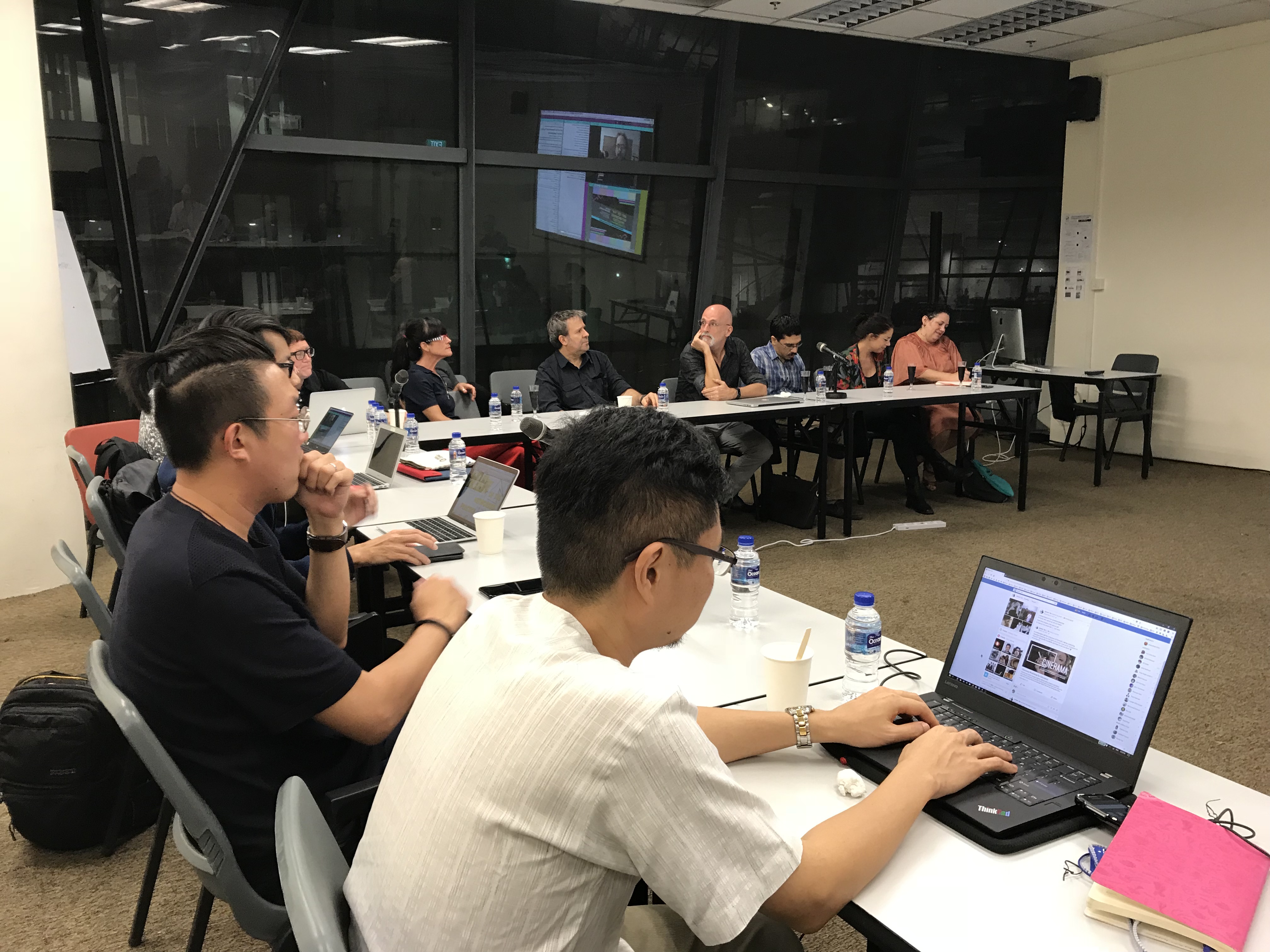 Networking the Real and the Fictional

Day 2 features London-based Blast Theory co-founder Matt Adams. Blast Theory is renowned internationally as one of the most adventurous artists’ groups using interactive media, creating groundbreaking new forms of performance and interactive art that mixes audiences across the Internet, site-specific live performance, installation, and digital broadcasting. Blast Theory is made up of Matt Adams, Ju Row Farr and Nick Tandavanitj, who together explore the social and political aspects of technology, drawing on popular culture, storytelling, and games.

Matt Adams: The Here, the Now, the Audience and the Spectator

Matt Adams traces Blast Theory’s history in locative, networked and mixed reality work in the early 2000s through to more recent projects with a strong focus on film. The group’s work is rooted in performance with a strong attention to the here, the now, the audience and the spectator. As the Internet has caused these distinct categories to blur and merge, Blast Theory have created works to explore the limits and possibilities of these new forms. Matt will show excerpts from two projects, I’d Hide You (2012) and My One Demand (2015) to explore the ramifications. 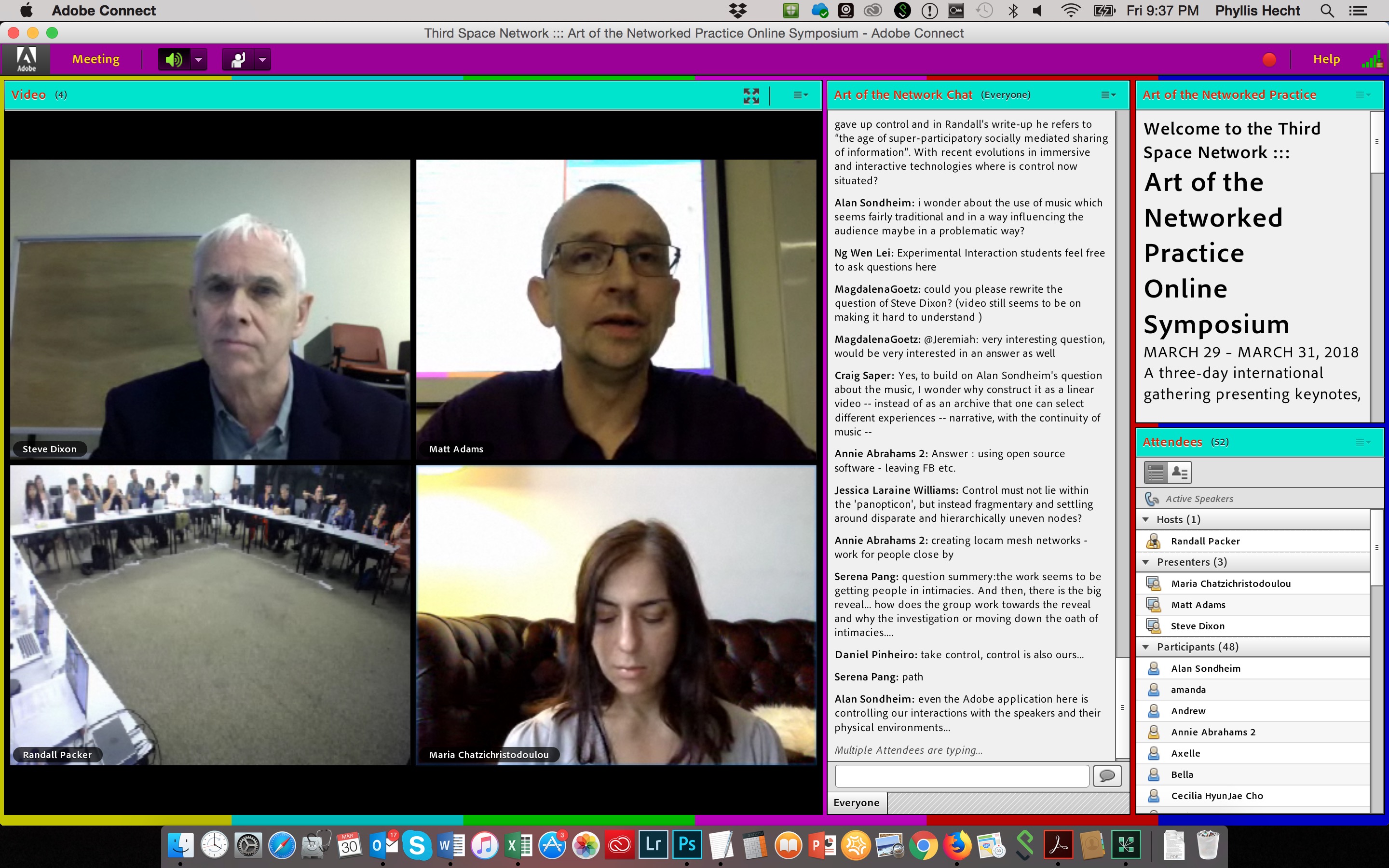 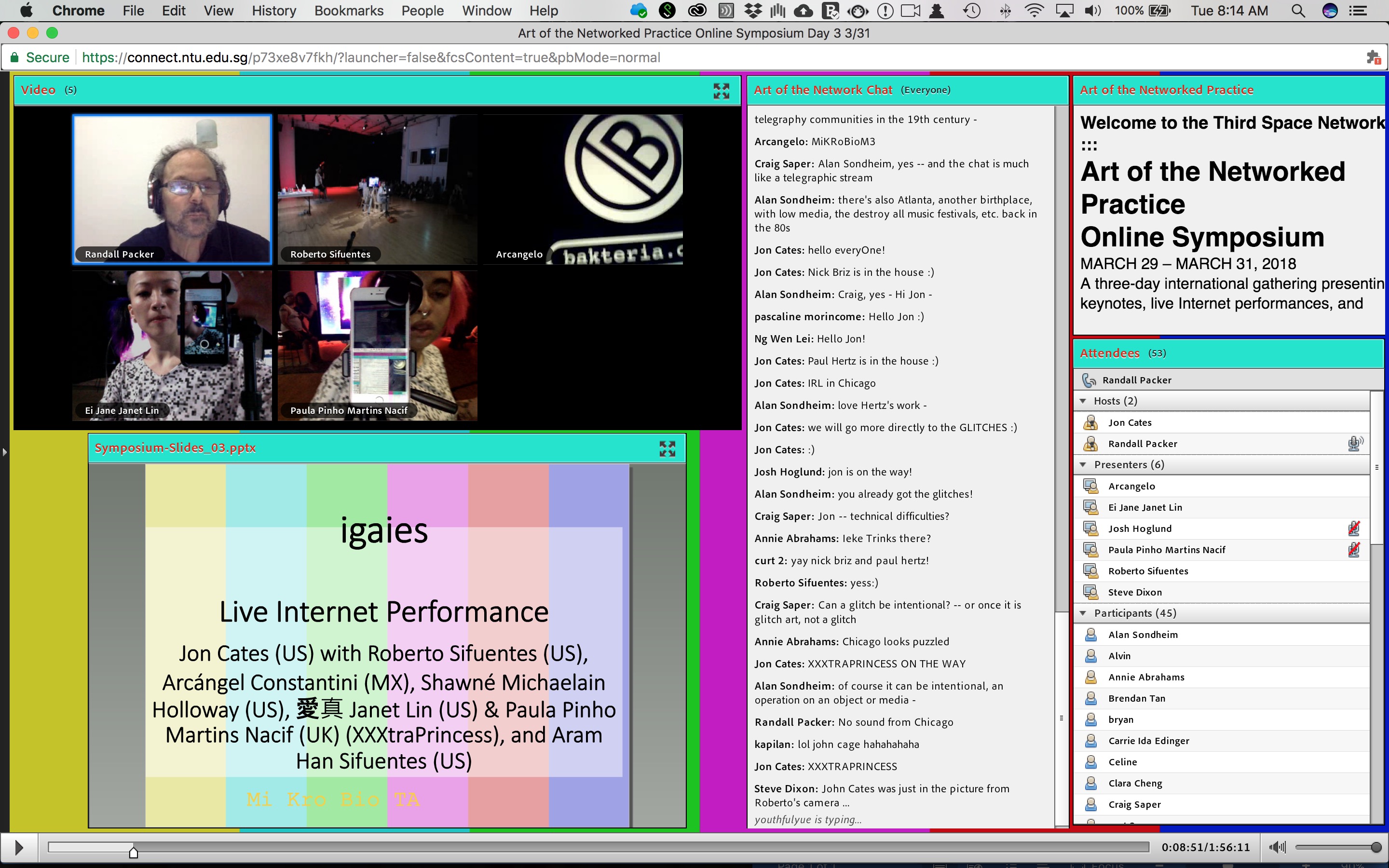 Day 3 features a new collaborative performance that connects the Noise and New Media communities in Chicago to Singapore and the world. Chicago, referred to as the “birthplace of dirty new media,” a movement that has spawned the international GLI.TC/H Festivals and other assorted hactivist events and DIY workshops, is the location for Day 3 of the Art of the Networked Practice Online Symposium. This event unites an international network of practitioners and theorists in a live streaming performance event and dialogue, a discourse and exposition on glitch as an artistic genre that embraces collaboration, community, performance, and social practices. 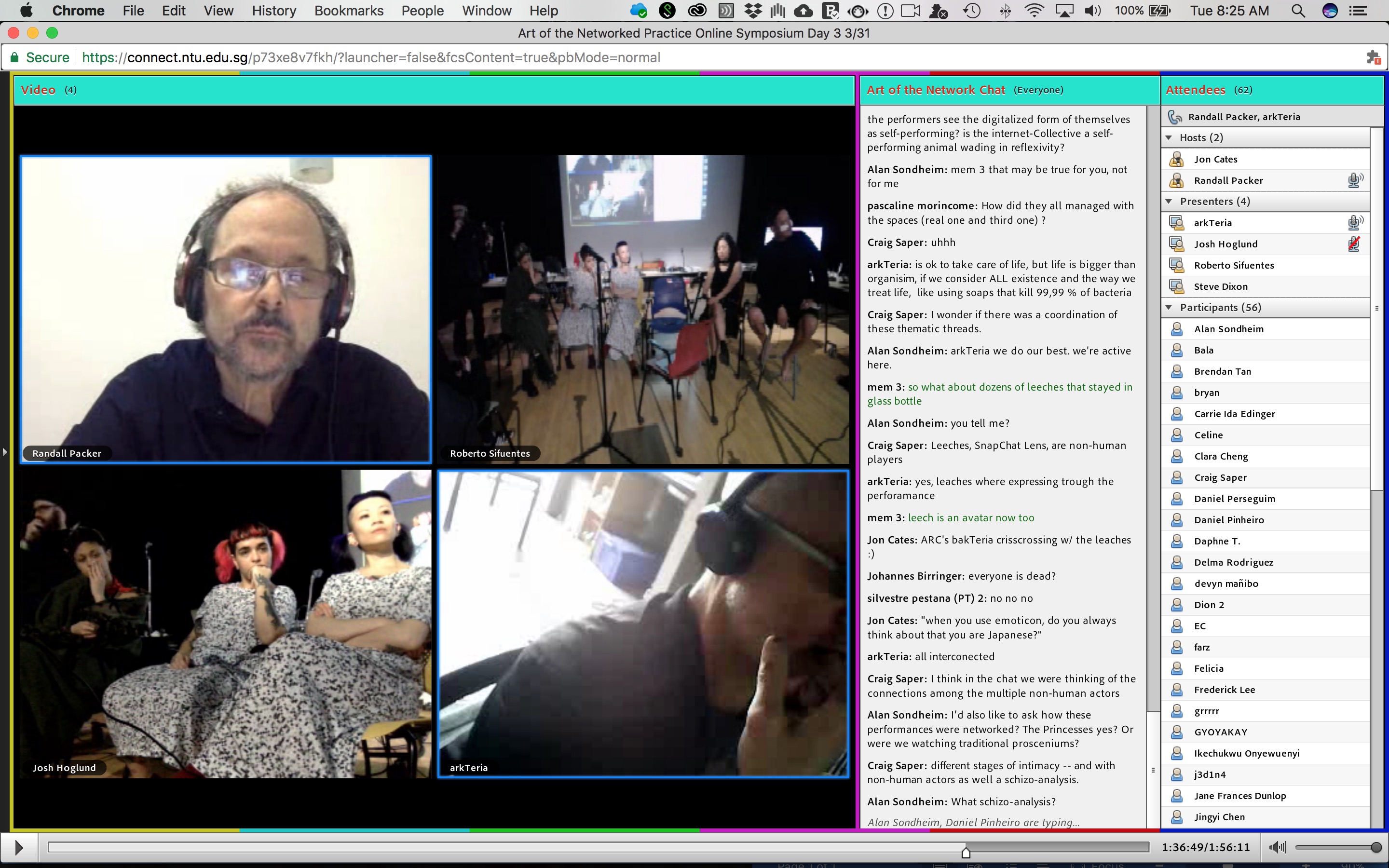