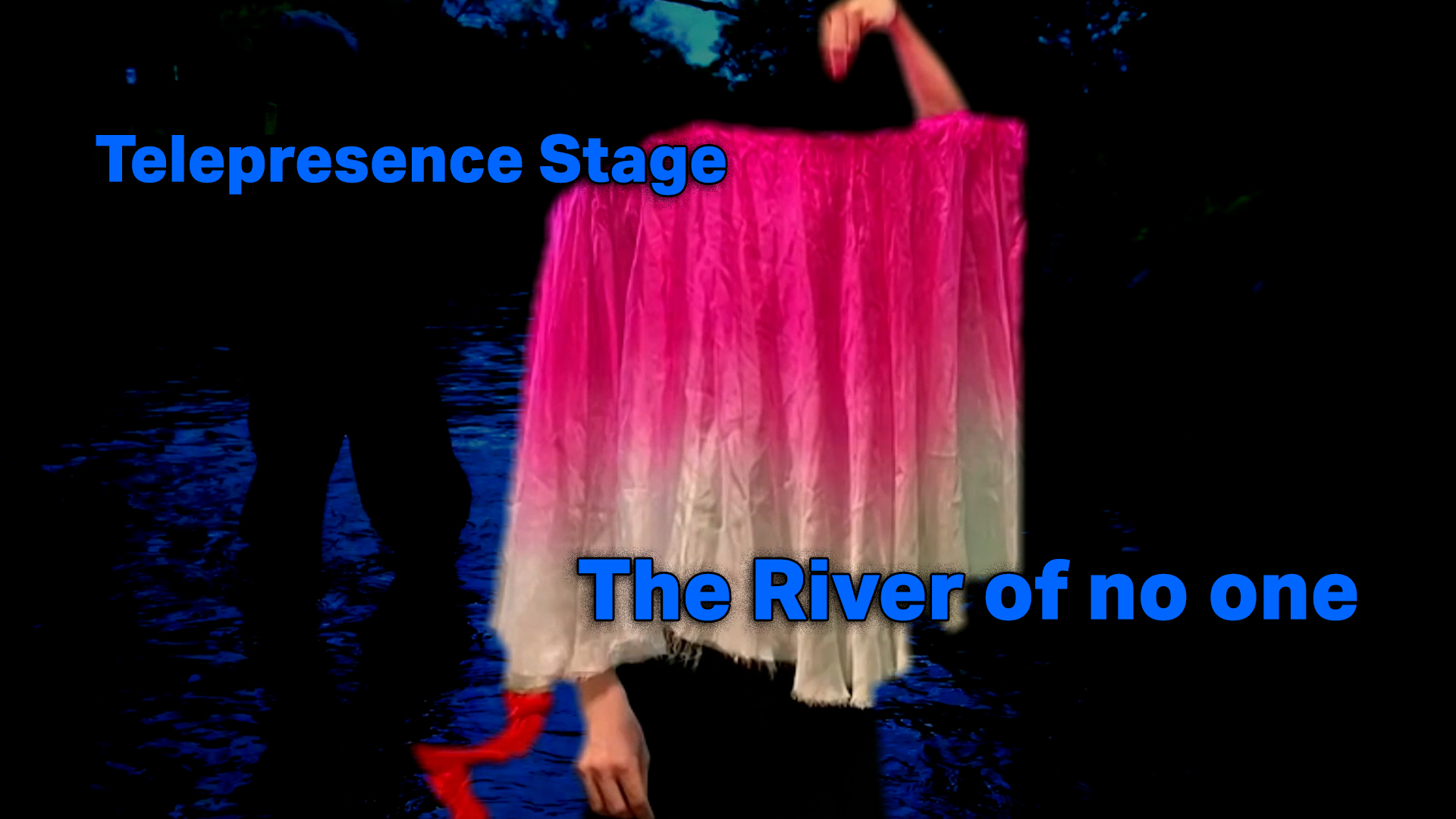 Third Space Network (3SN) and DAP-Lab completed The River of no one, an online dance/music performance residency on March 13, 2022. The workshop showcased dancer/choreographer Zhi Xu, based in Bath, UK, along with London-based trans-femme artist, Dee Kathleen Egan (kat) whose work focuses on the expression of transness in modern society through a diverse range of media. The two artists, performing live from their home studios, collaborated with Johannes Birringer and Michèle Danjoux, co-directors of DAP-Lab (Design and Performance Lab). The Telepresence Stage performance workshop, funded by the UK Arts & Humanities Research Council to support online performance during Covid, is produced by the Third Space Network Performance Lab in Washington, DC.

The River of no one is a meditation on the current climate crisis, linking regions and continents in a subtle and intimate exploration of “hydrocommons,” a shared ecological water and plant culture that needs to be imagined as a flow in which all life, not just human life participates. The work situates two performers in physical (outdoors) and virtual environments and asks them to explore intimate immersive movement and sound experiences. These experiences are also soma-technical; they denaturalize the idea of “natural” resources, drawing attention to uncertain ways in which cultural meanings are attached to rivers, floods, and desertification. The concept of a third space, which conjoins the local and the remote, proposes connections between distant worlds and different sentience – through gestures of image, music, rhythm collage, and movement, co-mingled in the immaterial space of the Network.

Johannes Birringer is a choreographer and media artist; he co-directs the DAP-Lab and has created numerous dance-theatre works, video installations and digital projects in collaboration with artists in Europe, the Americas, China, and Japan. He is also the founder of an annual intermedia laboratory held at a disused coalmine in southwest Germany (http://interaktionslabor.de). His last choreo-scenography, Mourning for a dead moon, premiered in late 2019. He is the author of, among other books, Media and Performance (1998), Performance on the Edge (2000), Performance, Science and Technology (2009), and Kinetic Atmospheres (2021).

Michèle Danjoux is a fashion designer and co-director of DAP-Lab. Her artistic work centers on design through and as performance, and involves collaboration with dancers, choreographers, musicians and media artists. She has pioneered “Design in Motion” with her well known protopypes exploring interrelations of body, movement, sound and garment in the generation of “sounding” costumes worn in mediatized performance. She has presented her work at international conferences, published in peer-reviewed journals and her designs have been performed at Kibla Multimedijski Centre, Slovenia; MediaLab Prado, Madrid, Spain; Le Cube, Centre Création Numérique, Paris; Watermans Art Centre and Sadler’s Wells, London. Her most recent premiere with the DAP-Lab was Mourning for a dead moon (2019).

Zhi Xu is a choreographer, dancer and lecturer in Dance at Bath Spa University. He completed a PhD focusing on dance technology and cultural identity at Brunel University London in 2021. As a choreographer and dancer, he has created more than 20 works touring world-wide in China, the United Kingdom, the United States of America, Canada, Russia, Belgium, Malaysia and Israel. His works include dance drama, dance theatre, site-specific dance, exhibitions and large-scale projects, including Unexpected Bodies (2020), X-Body (2018), Kun.Peng (2017) and Chasing the Dream (2014). Zhi graduated with a Bachelor’s degree from Beijing Dance Academy (2008) and a Master Degree from the University of Roehampton (2017). He joined one of China’s most prestigious events as an independent director at the 2014 Summer Youth Olympic Games Opening Ceremony. 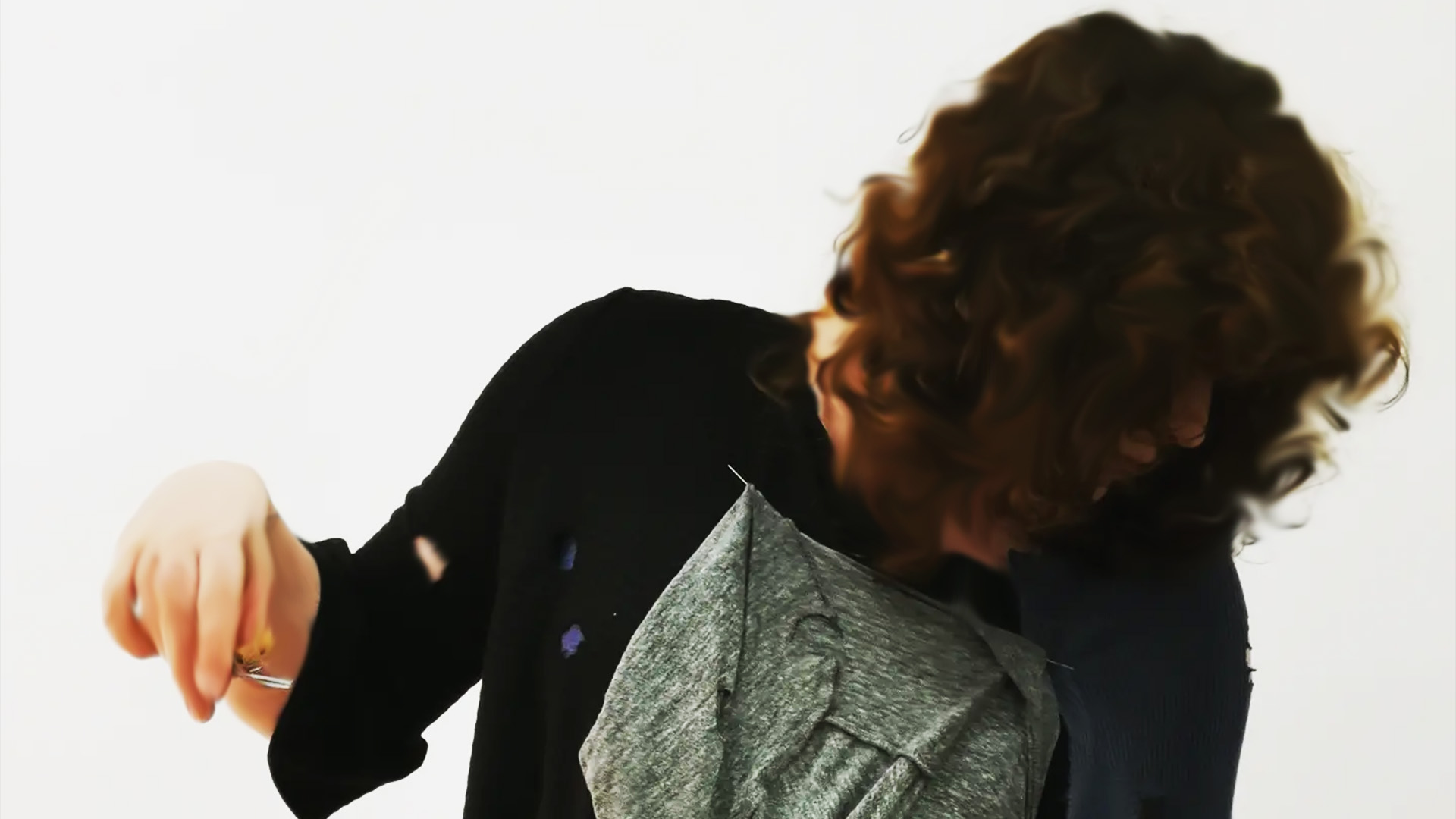 Dee Kathleen Egan (kat). As a nonbinary trans-femme artist, kat focuses her work on the expression of transness in modern society through a diverse range of media. With a hyper focus on personal experience, they lay themself bare in their work, documenting her own journey in snippets and flashes of emotion. In addition to this, kat has collaborated and created numerous work covering many different art forms, including music, dance, installation, animation and more. In her free time, she likes to code her own audio visual software and read translated fiction.

DAP-Lab is a cross-media lab exploring convergences between performance, telematics, textile/fashion design and movement, clothing and choreography, visual expression, film/photography, and interactive design. Founded in 2004 by Johannes Birringer and Michèle Danjoux, the Lab is now housed at Brunel University and continues research partnerships with multiple sites in the USA, Japan, and Brasil which have formed the ADaPT network on performance telematics since 2000. DAP-Lab also connects ongoing research investigations and productions in dance (Digital Cultures) with performance/science collaborations (METABODY, TransNet), and brings these partnerships into knowledge transfer with other performance, multimedia and electronics engineering research centers in the UK and abroad.

Randall Packer is an artist, composer, and educator, internationally known for his pioneering work at the intersection of electronic music, interactive media, live performance, and networked art. He has received critical acclaim for my socially and politically infused critique of media culture, performed and exhibited at museums, theaters, and festivals around the world. Packer is Creative Director of the Third Space Network (3SN), and the creator of the Deep Third Space Lab in his underground studio bunker in Washington, DC.

Gregory T. Kuhn is a multidisciplinary artist and production expert who excels at transforming creative concepts into ground-breaking new works. He contributes production, composition, sound and visual design to diverse projects in opera, theater, dance, multimedia, contemporary music, and installation and interactive media arts. With over 85 world premieres to his credit, awards include an Isadora Duncan for S.F. Ballet’s Ballet Mori and a Lucille Lortel for Rinde Eckert’s Horizon.

Collaborative Solutions for the Performing Arts: A Telepresence Stage is an Arts and Humanities Research Council (AHRC) funded project is a collaboration of the School of Art and Media at the University of Brighton, LASALLE College of the Arts in Singapore and the Third Space Network in Washington DC. In response to the COVID-19 impact on the performing arts sector, this project aims to identify new and creative ways for actors, dancers and other performing arts professionals to rehearse and interact together in shared online spaces and to produce collaborative live performances from remote sites. In a dramatic shift from the paradigm of the web-conference grid, the Telepresence Stage seeks to identify conceptual and technical solutions to break free of these isolating constraints and provide an altogether new platform, where our experience of online connection is heightened and re-envisioned through the superimposition of our bodies in virtual spaces.