URL To Be Announced 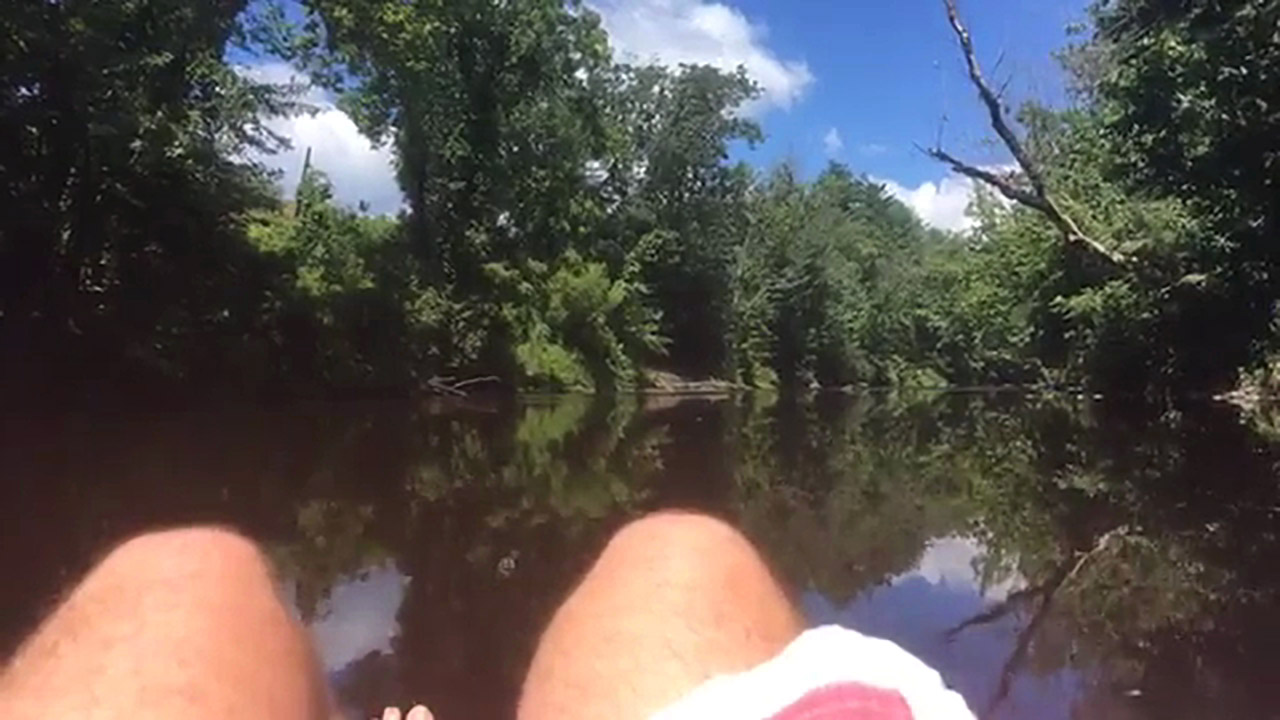 “Eventually, all things merge into one, and a river runs through it. The river was cut by the world’s great flood and runs over rocks from the basement of time. On some of the rocks are timeless raindrops. Under the rocks are the words, and some of the words are theirs. I am haunted by waters” – Norman Maclean

haunted.by.waters is an internet performance involving river drifting, process philosophy, and digital quilting. Curt Cloninger will drift down the French Broad River through Asheville, North Carolina in an inflatable inner tube reading and talking about excerpts from Alfred North Whitehead’s _Process and Reality_. A Facebook Live stream of his drift will be embedded in a live 3X3 online video grid, surrounded by 8 additional live video performers, each of whom will be remixing/embellishing/interpreting the original source stream as a real-time streaming collage.

Drifting the River will incorporate A.N. Whitehead’s idea of process and ingression (throughout flows of time) and stream of consciousness, the flow of the talk interrupted/diverted/in-formed by the flows of the river. Source [visual] content captured from “real world” flows and “source theory” *about* real world flows, said theory perpetually being filtered *through* those same real-time real world flows: the stream as source stream/signal, (digital-)networked, or (human-)interactive.