The Third Space Network is organizing live Internet performances and workshops to explore the potentialities of the third space as an environment for theater. In short, the concept of the third space suggests the collapse of the local (first space) and remote (second space) into a third, socially conceived networked space. The third space can be viewed as a new realization of the community of theater in a globally connected culture: a performance space for broadcasted art, a forum for the aggregation of artist streams of media art and dialogue, and an arena for social interaction and audience engagement. 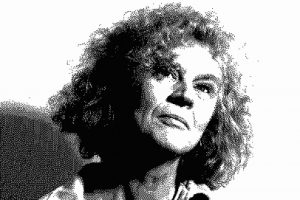 Training how to be together in a connected world, where machines and humans have to communicate accepting partial overviews, glitches, timelags, disrupting audience participation and ensuing disorientations. Following a script written by Annie Abrahams the seven performers, who have different cultural backgrounds, will challenge their own and the others ideas on performance and online politics. In the entangled intra-active situation of the performance, they research the limits and possibilities of their own agency in an attempt to be “with” while being separated. 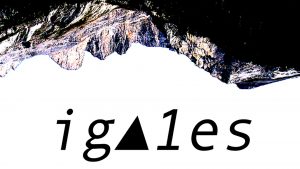 igaies (“Leaders” in greek) stands for intimate glitches across internet errors. This performance event is intended to be a series of small miraculous mistakes, moments of beautiful brokenness, redefining Glitch Art through participatory networks and gestures unfolding in 5 simultaneous streams: Roberto Sifuentes’ and jonCates’ performing their collaborative #EXSANGUINATION.RMX; Arcángel Constantini streaming bakteria.org from Mexico City; SHAWNÉ MICHAELAIN HOLLOWAY’s hashtagged online actions; XXXTRAPRINCESS hashtagged social media streams; the live tweeting, hashtagged by attendees who are encouraged to glitch / remix the materials of the performances themselves in realtime. 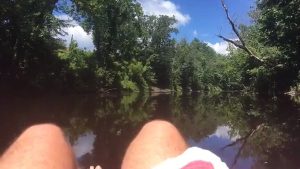 haunted.by.waters is an internet performance involving river drifting, process philosophy, and digital quilting. Curt Cloninger will drift down the French Broad River through Asheville, North Carolina in an inflatable inner tube reading and talking about excerpts from Alfred North Whitehead’s _Process and Reality_. A Facebook Live stream of his drift will be embedded in a live 3X3 online video grid, surrounded by 8 additional live video performers, each of whom will be remixing/embellishing/interpreting the original source stream as a real-time streaming collage. 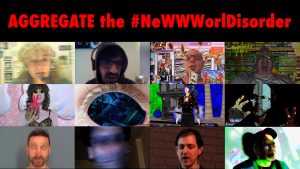 On July 29th, 2017, 12 artist-broadcasters from 6 countries in Europe and North America performed simultaneously via Facebook Live in a 90-minute, collectively conceived, socially broadcasted, global culture jam + net performance. #NeWWWorlDisorder explored social broadcasting as the organization of distributed media flows, spaces, locations, images, and sound in the immediacy and simultaneity of their performance. Each artist-broadcaster used Facebook Live to transmit their performance across their own Facebook feed, which was then aggregated in real-time to the Web-based interactive video wall. 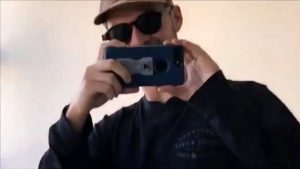 The Social Broadcasting Workshop explores the live video broadcast as a social, collaborative exchange, in which Facebook Live broadcasts are aggregated in an interplay of collective improvisation, composition, and narrative. We refer to this collaborative, many-to-many broadcast paradigm as social broadcasting, as opposed to the one-way paradigm of traditional broadcasting. Students will be broadcasting with their mobile phones. AEach group of mobile-broadcasters will distribute themselves while moving on a pre-determined path to capture found sounds and images, and perhaps their own voice, according to the requirements of each group’s narrative concept.