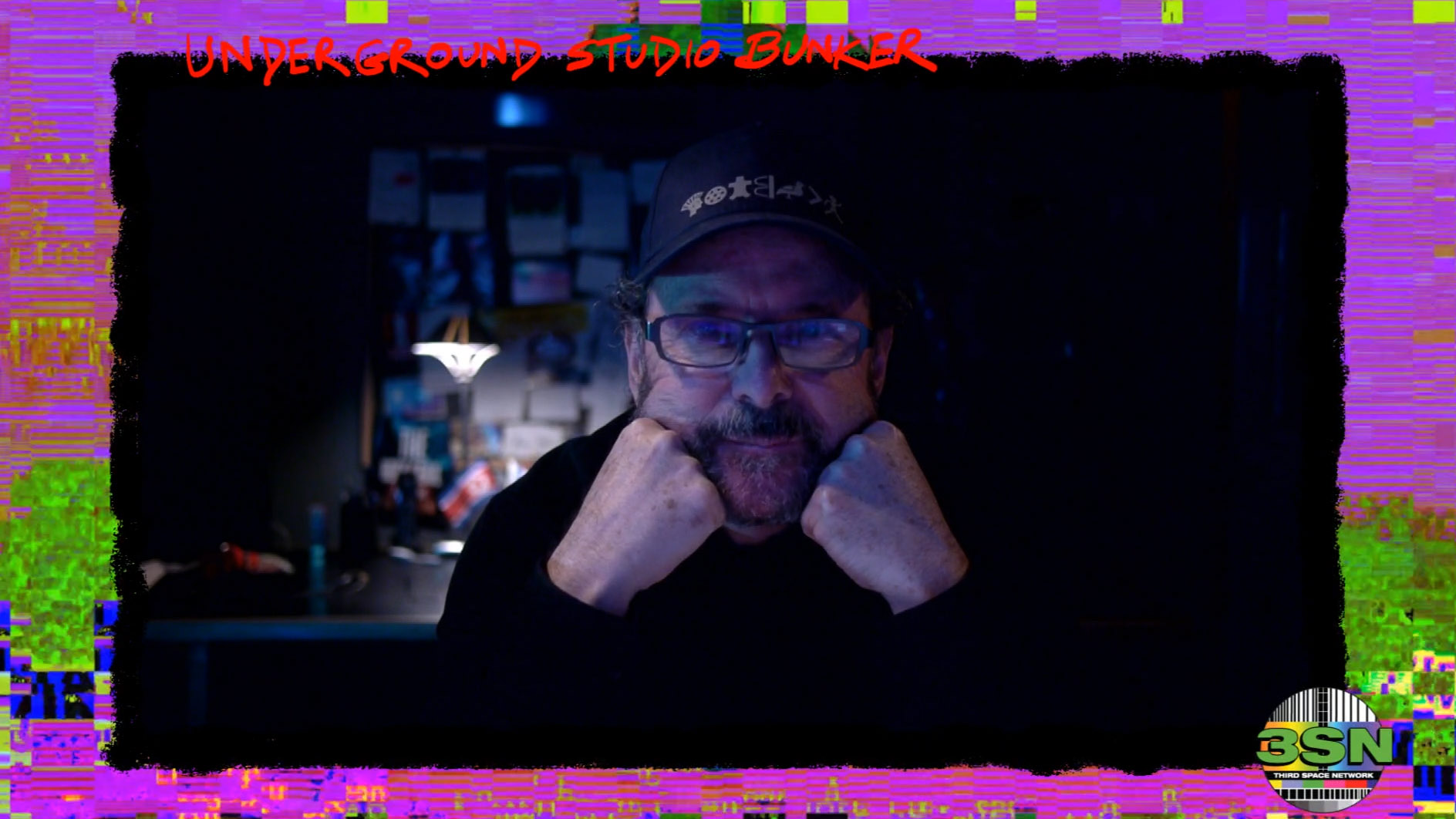 Greetings from the Underground Studio Bunker at Third Space Network (3SN) Headquarters in Washington, DC, where I would like to wish you a Happy New Year: if in fact, that is at all possible… In the dark, quiet, secure calm of the Bunker, on this eerily ominous New Year’s Day, I am coming to you from the Nation’s Capital while all is frozen in lockdown mode.

My New Year’s Message, my cris de coeur, is this: as we see signs of new life emerging in Washington, we must hang onto, or perhaps I should say, we must CLING TO the raw hope of humanity rising. But as we dive head first into 2019 in an avalanche of political & social chaos, hope unfortunately, seems a quaint, distant memory in the non-stop, ever-encroaching 24/7 MEDIA TORRENT & XTREME TRUMPological XCESS that continues to consume us each and every day.

And so, in light of this madness that swirls & explodes across our screens, in 2018 I made the decision to return from my tour of academic duty in Southeast Asia to re-invent myself and become better equipped to take on the Challenge at hand. In my grand exodus from Academia – no longer institutionalized! – I was freed at last to activate & supercharge the Bunker as an alchemical detourned underground media laboratory. My artistic research has been appropriately diverted from the academic pursuit of investigating labyrinthine new media wormholes, to refocusing my attention like a laser on the dissection and analysis of dangerous, contaminated media noise & debris.

Oh… if I could only catch up with this torrential Wave of Information, I would at last be in the Now!!

In my relentless dissection of the ongoing MEDIA TORRENT, which permeates and leaks into our Collective Brain & circulates through our global Nervous System, I have constructed a mechanized valve of sorts, a thing of terrifying compositional beauty I refer to as Media-on-Tap: to drive home the always elusive conundrum that yes, we can, we must! have the courage & fortitude to TURN IT OFF! ::: TURN HIM OFF!!

After a few dizzying minutes or even hours of ingesting Media-on-Tap, after gazing hypnotically at its seductive amplification of the MEDIA FLOWS, you will be ready – I have no doubt – you will be prepared I should say, to SCREAM OUT: TAKE CONTROL! & turn off the Tap, switch off your screen, walk out the door, take a walk, breathe the air, free your mind, & CHANGE THE WORLD! (Yes, there is hope…)

So among your 2019 New Year’s resolutions I urge you to take the age-old position of our venerable 1960s ancestral video pioneers, who declared with undying hope in their own secluded Bunkers, pirate TV Stations, and traveling Media Buses that: we must disrupt the Broadcast and BECOME OUR OWN MEDIA!

///The Third Space Network and The Post Reality Show is a creation of Randall Packer: former Secretary of the US Department of Art & Technology, Artist of the Third Space, and all around Virus in the Virtual Realm.///