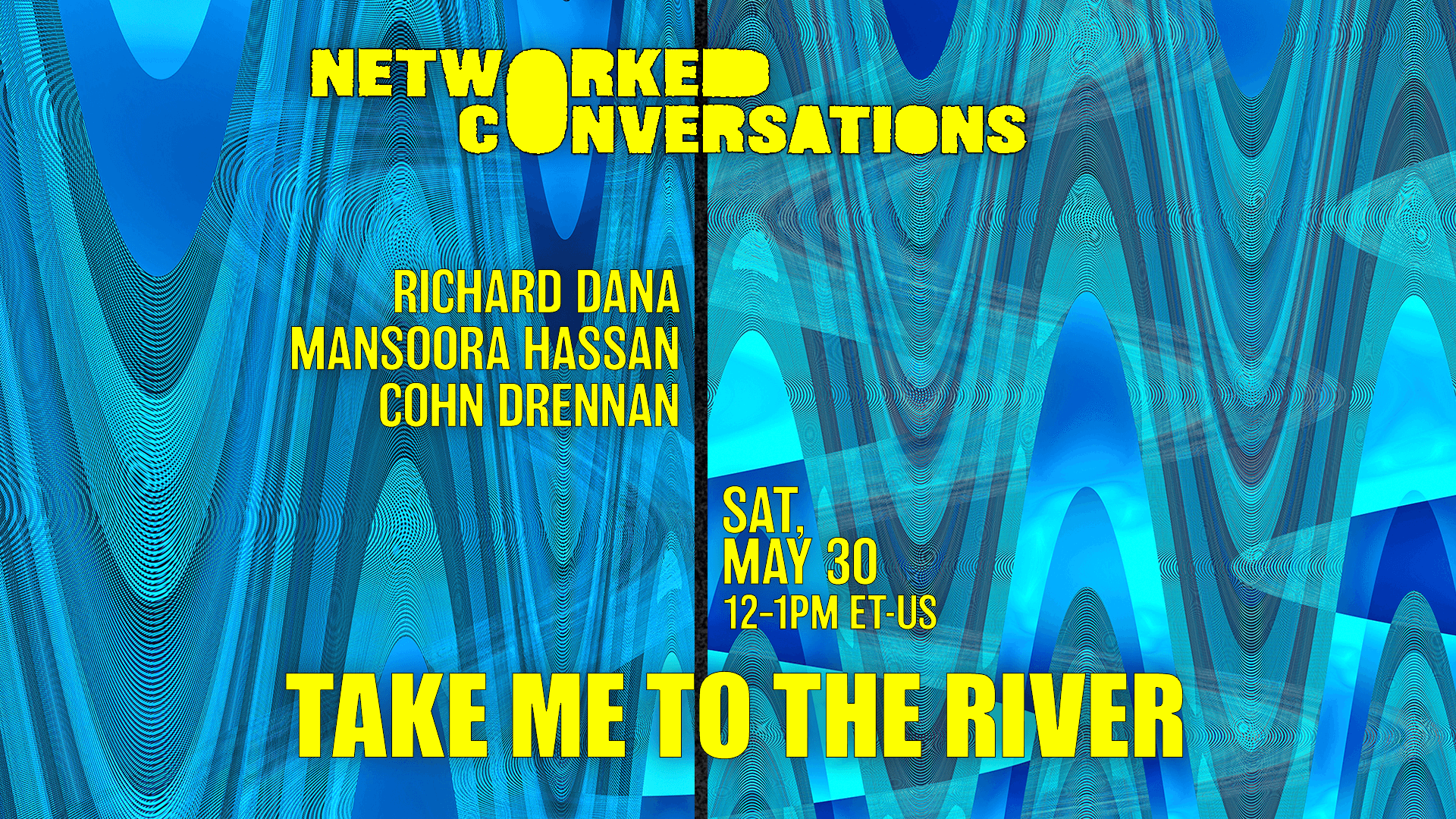 Hosted by Randall Packer from the Underground Studio Bunker

Third Space Network presents Networked Conversations with Richard Dana, Cohn Drennan, and Mansoora Hassan from the international artist collective Take Me to the River. Their socially-engaged community projects, staged around the world, explore the commonalities of water as a source for artistic collaboration.

Networked Conversations is online, free, and global. Register & reserve an online seat by clicking on “Save My Spot” in the Crowdcast event below.

| About Take Me to the River |

The Take Me to The River Project was founded in 2001 by an international group of artists to promote greater understanding and cooperation among different peoples and nations during these unsettled times. The purpose of Take Me to The River (TMTTR) is to create a bridge across borders, through art, water and collaboration, by presenting both the diversities and similarities amongst people of different countries. In doing so, TMTTR promotes the development of an interactive, transnational culture.

Richard L. Dana is a self-taught artist. From 1977 to 1988 he worked as an economist and Soviet Affairs expert in Washington, DC. In 1988 he decided to dedicate himself to his artistic practice. While having focused on the creation of computer-generated digital art for the past several years, in the past, present and future he has worked in a range of media, including mixed media painting, drawing, and installations. He has had 24 one-person/two-person exhibitions, participated in over 140 group exhibitions. and has been exhibited in 19 countries.

Mansoora Hassan is a multimedia artist who lives and works in both the West and the East, at home with traditional Islam and liberal, secular societies. As an image-maker, she pushes artistic limits through diverse aesthetic considerations and visual explorations of select spiritual, social and political landscapes. Her combination of imagery from diverse settings expresses, examines and explores the intersection of cultural and historical perception, and addresses the inner and external conflicts infringing upon our lives.

| Principal Members of Take Me to the River|