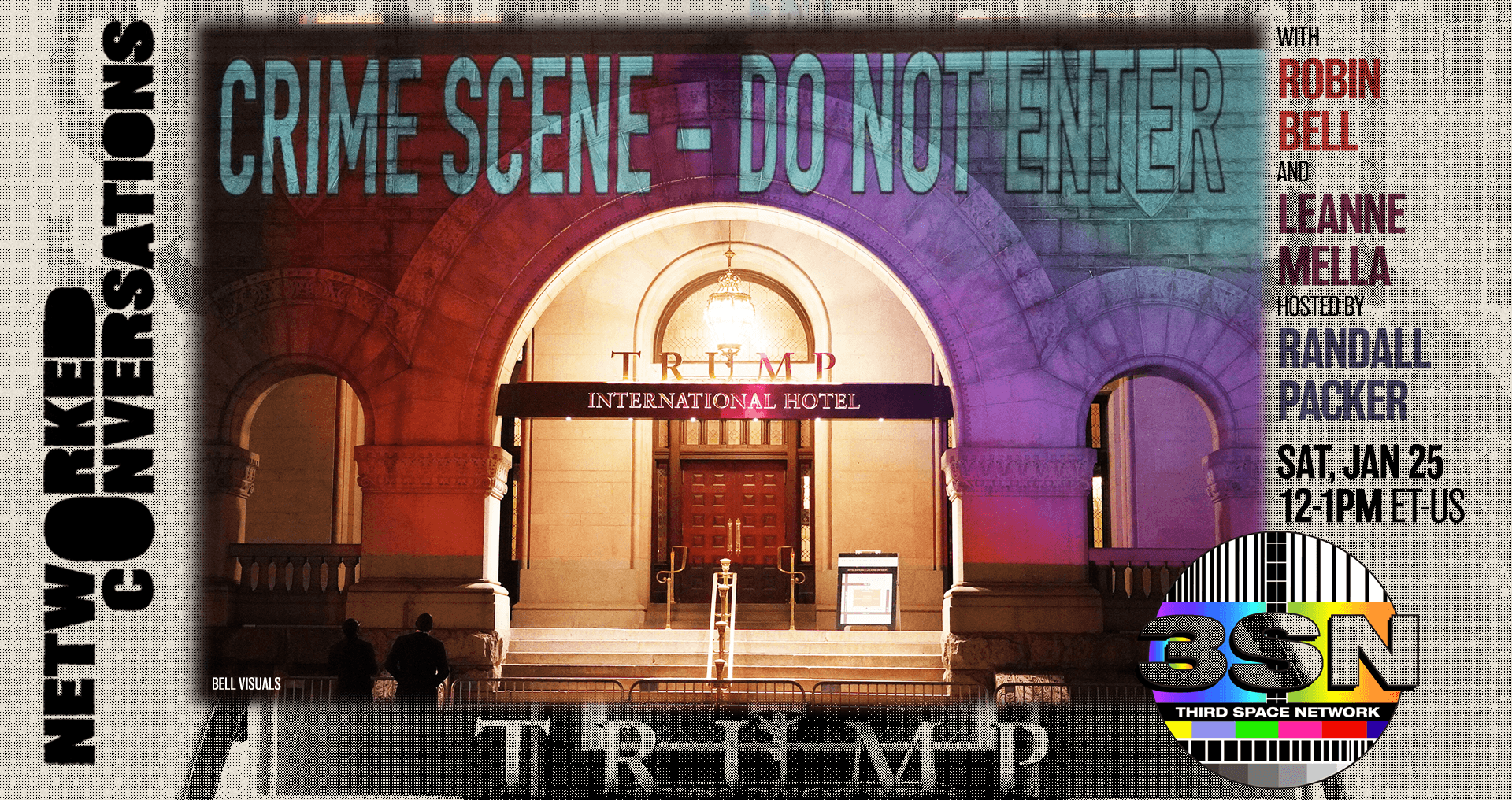 The Third Space Network resume its broadcasts with Networked Conversations on Saturday, January 25, 12-1pm ET featuring Washington DC media activist Robin Bell, along with cultural producer Leanne Mella in a discussion of political activism and the electronic image. Hosted by Randall Packer from the Underground Studio Bunker in Washington DC.

Robin Bell, founder of Bell Visuals, is an award-winning editor, video journalist, and multimedia artist based in Washington DC. Robin works on a range of creative, political and public interest projects. Robin’s commitment to social change through the dissemination of information via video, sound and image is present throughout his artistic career. In 2005, Robin co-produced Operation Ceasefire, a seminal anti-war concert on the national mall. His feature length documentary, Positive Force: More Than a Witness: 30 Years of Punk Politics In Action, premiered in 2014. His incisive 2017 projection, Emoluments Welcome, on the face of the Trump Hotel in Washington DC garnered media attention from the BBC, CNN, New York Times, L.A. Times, Huffington Post and Hyperallergic, among others.

Leanne Mella is a cultural producer specializing in contemporary art and the moving image. Most recently, she directed the Bronx Museum of the Arts three-year initiative to reproduce Anna Hyatt Huntington’s monumental equestrian sculpture of Jose Marti, presented to the people of Cuba as a gift from the people of New York. She is currently developing the exhibition Floating Cities, addressing issues of climate change and adaptation, with the architectural historian Anthony Fontenot. From 2001 to 2008, Mella served as the Visual Arts specialist in the Bureau of Educational and Cultural Affairs at the U.S. Department of State. In that position she directed the Bureau’s support for, and managed the representation of, American artists at major international exhibitions, including those in Venice, Istanbul, Sydney, São Paulo, Dakar and Kassel, and developed traveling exhibitions of photographic and video works presented in all world regions. She is the founder and director of Cross Currents, a cultural exchange program.