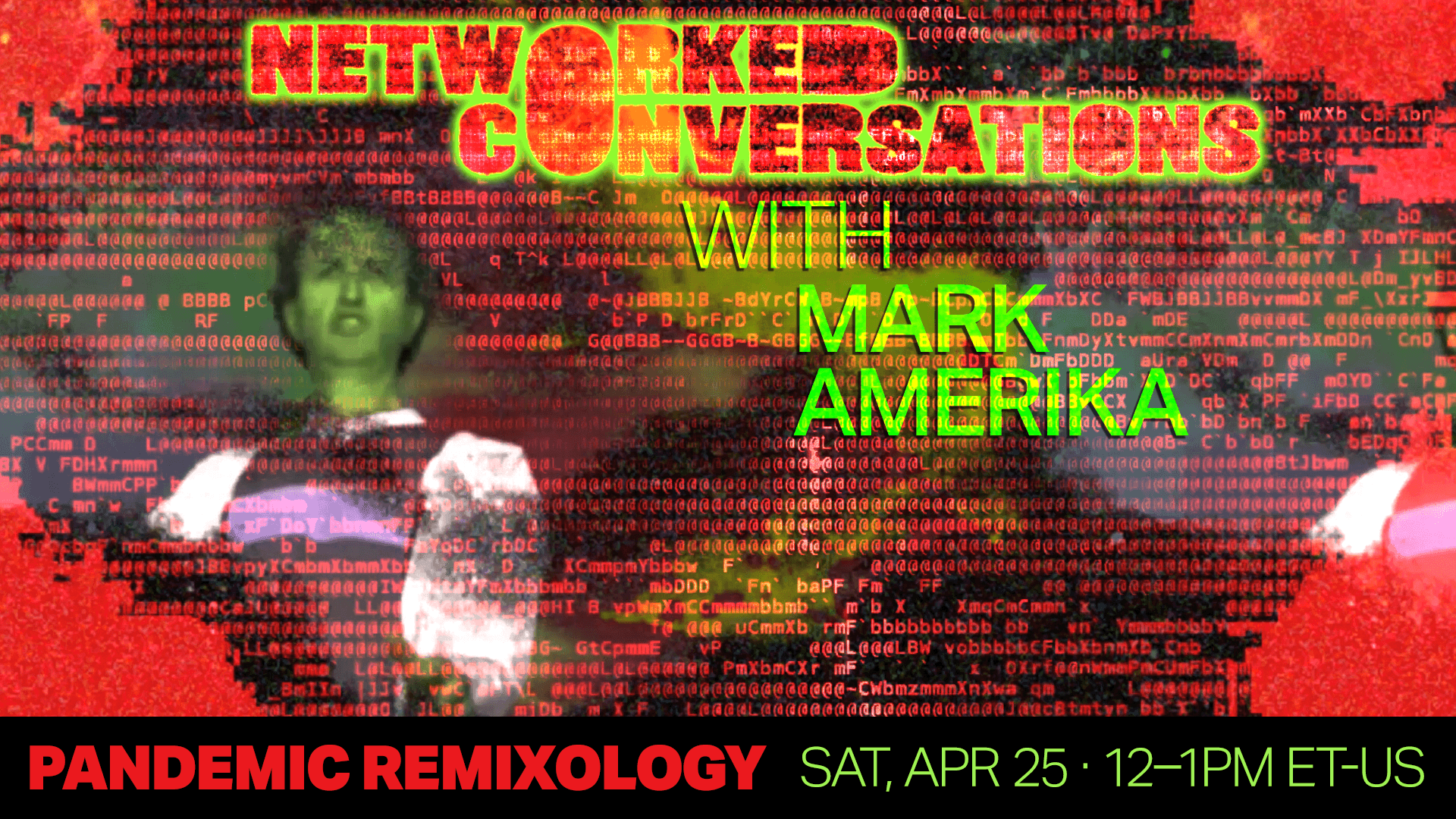 Hosted by Randall Packer from the Underground Studio Bunker

Networked Conversations is online, free, and global. Register & reserve an online seat by clicking on “Save My Spot” in the Crowdcast event below. You will receive notifications once you have reserved your spot.

Mark Amerika is an American artist, theorist, novelist and Professor of Art and Art History at the University of Colorado. He is a graduate of the Literary Arts program at Brown University where he received his MFA in Creative Writing in 1997. Amerika’s work has been exhibited internationally: in 2000, his seminal net art work GRAMMATRON was selected for the Whitney Biennial of American Art. Other exhibitions of his work have taken place in venues such as the Denver Art Museum, the Institute of Contemporary Arts in London, and the Walker Art Center. In 2009-2010, the National Museum of Contemporary Art in Athens, Greece hosted Amerika’s comprehensive retrospective exhibition entitled UNREALTIME. Amerika’s “Museum of Glitch Aesthetics” was commissioned by the Abandon Normal Devices Festival in conjunction with the London 2012 Olympics. In 2017, the 20-year anniversary of GRAMMATRON was celebrated in London at a two-day international symposium at the British Computer Society entitled Beyond GRAMMATRON: 20 years into the Future. Amerika is the author of many books including The Kafka Chronicles, Sexual Blood, META/DATA: A Digital Poetics, and remixthebook.