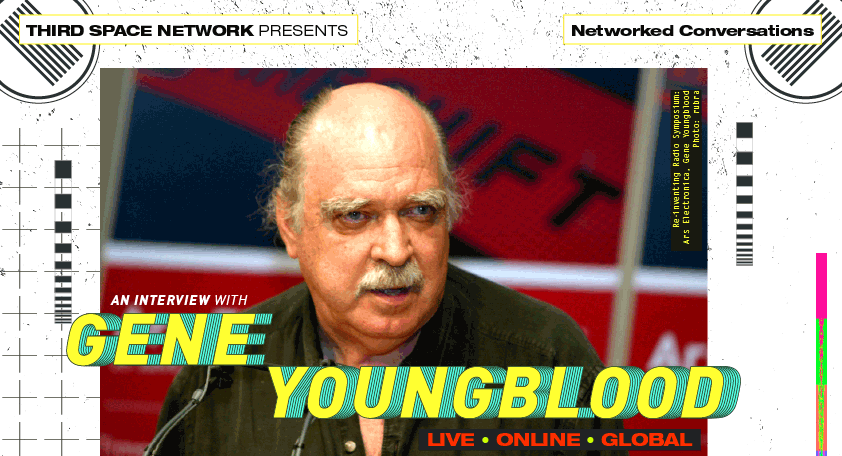 Gene Youngblood has been arguing for a communications revolution since authoring his seminal book Expanded Cinema in 1970, the first book to consider video as an art form. The term “expanded cinema” has since become generic and the book is considered a classic in media studies.

Youngblood is widely known as a pioneering voice in the media democracy movement, and has been teaching, writing, curating and lecturing on media democracy since the 1970s. Although Expanded Cinema was published just one year after the birth of the Internet in 1969, he foresaw media and communications as a new medium igniting social, cultural and political transformation.

Youngblood will discuss his lifelong investigation into the political economy of media and the role of art in what he calls “secession from the broadcast. He envisions the emergence of large-scale autonomous reality communities, an “8th Continent,” a utopic call-to-action for the creation of independent networked societies as an alternative to the established order.